Team Seafari from days gone by…. Where are they now? 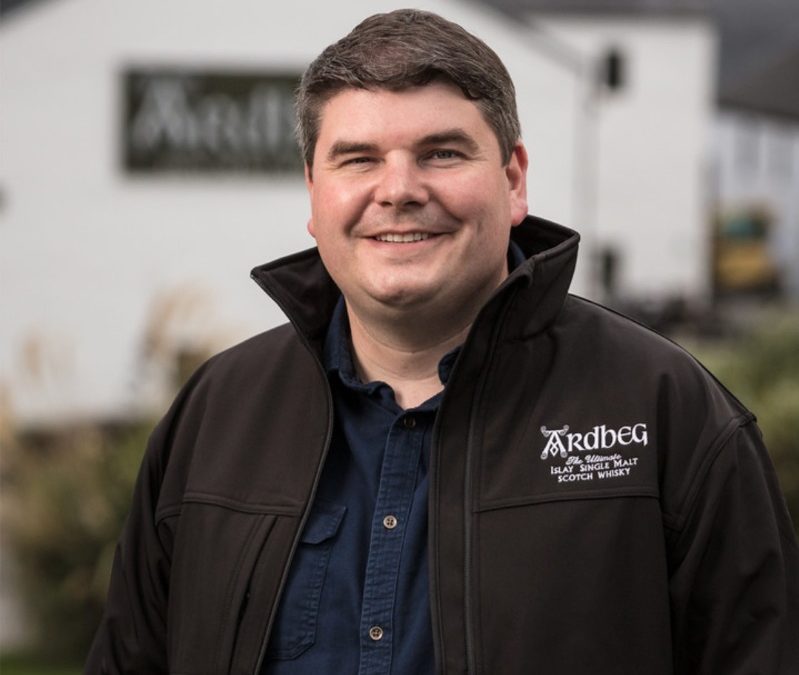 We thought you may like to know what some of our “old” team members are doing now – what have they been up to since they left Seafari ? This week we are featuring Colin Gordon, who ended up falling in love with, and marrying an Easdale Island girl … 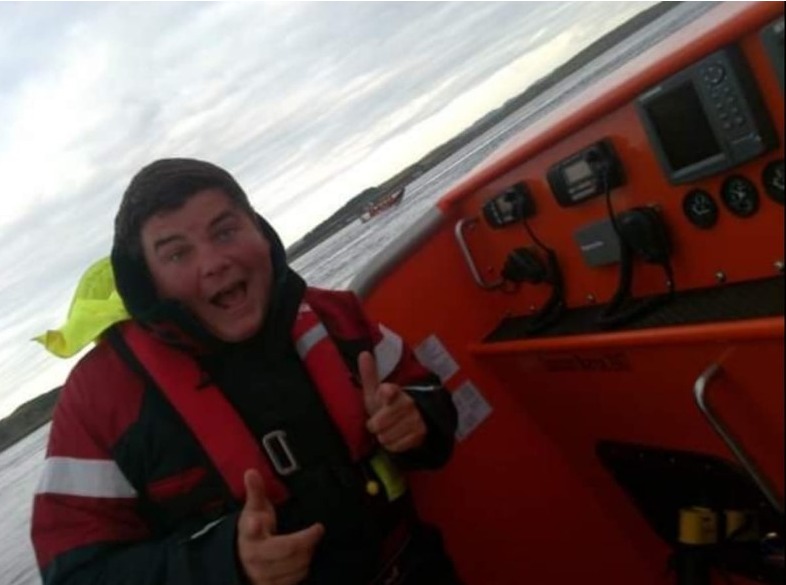 Colin all happy to be out on a boat !

My job was crewman for the summer. My crew mate Ollie and then Duncan handed me the title of “Senior Crewman” which was very kind of them!

My favourite memory is of course meeting Rosie [Awwww – Ed.]. I had never heard of Easdale Island before I took the job but the place is so special to me now. It is Rosie’s home and to meet her there, fall in love there and get married there means that it has to be my number one memory of my summer at Seafari!

Work wise there are so many. I loved the crew I worked with, the social life in the Puffer and hall but also the trips we did. My favourite trip was when myself and Iain took a charter to Iona. The weather was incredible, we saw basking sharks and dolphins on the way to Iona and then had a nice relaxing lunch in the hotel there. Once the group met up again we headed for Fingal’s cave on Staffa and saw more basking sharks and several Minke whales, it was the greatest trip…..to think we were being paid for that !

Yes, I fell into the harbour on the Easdale Island side. Luckily it was late and I don’t think many saw me, pretty sure they would have heard the splash though!

The hall. So many good nights there. Outside it has to be back shore, surely the greatest view in Scotland [Agree – Ed.]

This is a hard question. It is such a good trip. I really liked the start, after you said your piece at the old pier and headed for Fladda. Always got a good buzz knowing we were heading off!

It’s been busy. Myself and Rosie got married and we now have 2 children (Eilidh and Rowan) who love going back to Easdale to see the family. I went back to Uni to do a Brewing and Distilling MSc and we have lived between Elgin and Islay over the past 8 years. Now we are well settled on Islay.

I am working in the whisky industry. Just taken a new role as Ardbeg Distillery Manager on Islay! 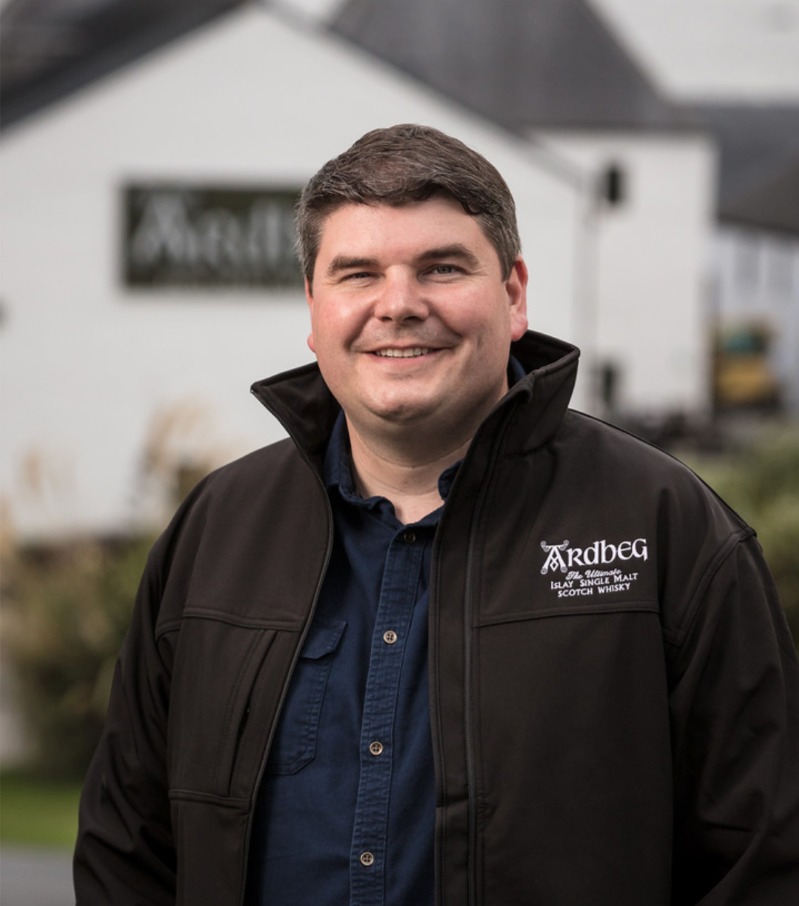 Colin in his new role at Ardbeg Distillery.

Many thanks to Colin for taking the time to catch up with us – keep an eye on this blog for your next “old crew” update!